Congratulations to John Kavanagh winner of the 8th Members Car Draw, which was held at our AGM on the 30th January 2017.

John is pictured below receiving the keys of his new car from Martin Whelan, Chair of Core Credit Union. 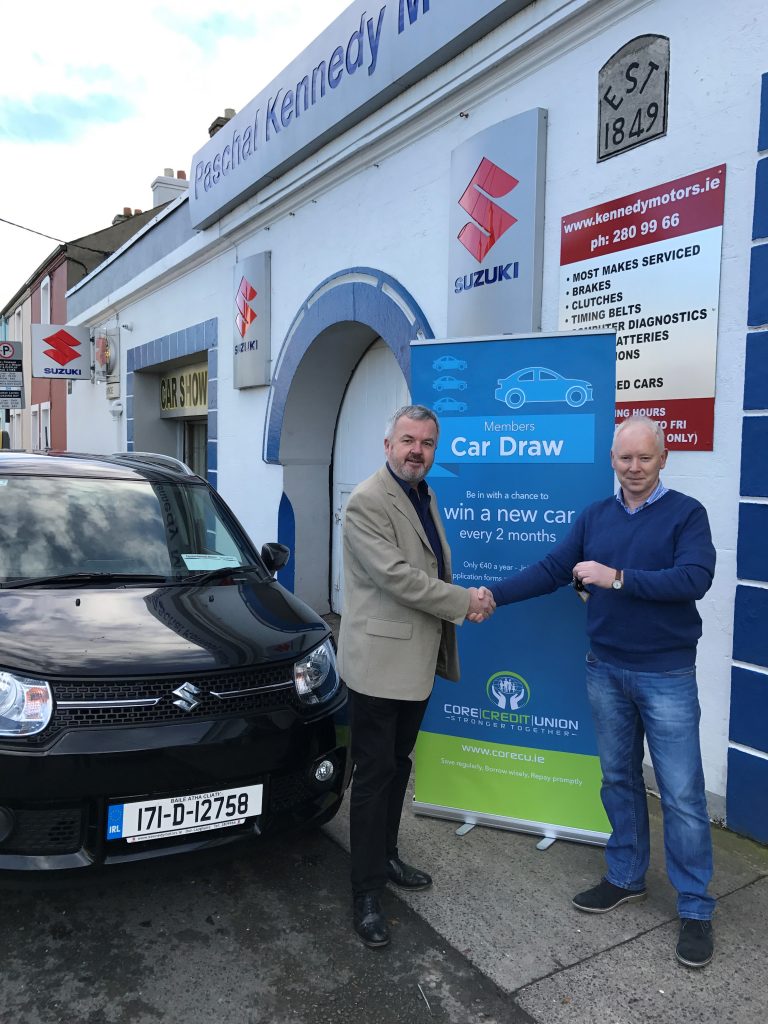 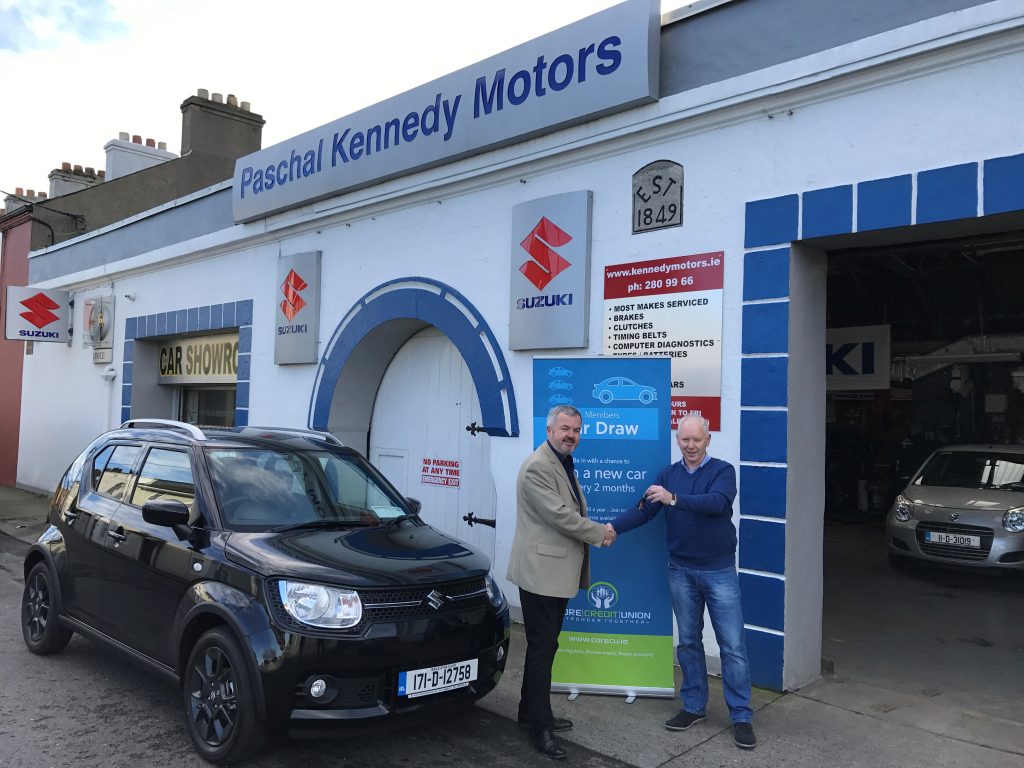 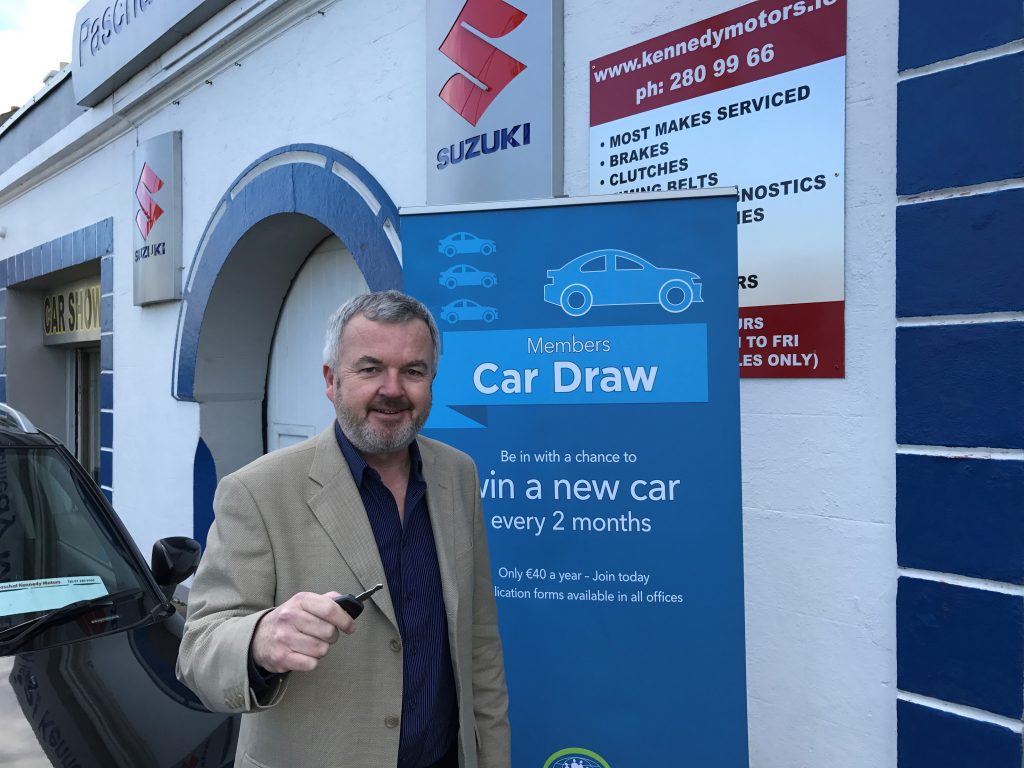