School may have only just broken up for the summer but already many retail outlets are fully stocked with ‘back to school’ materials. Many parents of school going children are already looking ahead to the back to school shopping season and the challenges it brings for family finances. The cost of school going children to parents is a significant financial burden and can put pressure on other areas of the family budget.

The Irish League of Credit Unions has once again taken a look at just what the costs for both primary and secondary school children are and the results are as follows:

In the 2016 survey, parents stated that they believe extra-curricular activities (average €189 for primary and €180 for secondary) are the biggest expense during the school year. This is the first time since 2012 that this category has come in top of the list, ahead of uniforms / school clothing.

Commenting on the publication of the results, Ed Farrell, CEO ILCU said: “Covering the considerable costs of school has become very challenging for many families around the country. 80% of parents feel that the cost of sending their children back to school is a significant financial burden with 67% stating that these costs have a negative impact on household bill payments and family plans. While it can be tedious, we would urge parents to shop around for the best value deals. Many of the major retailers will offer fantastic deals on uniforms and school supplies.

He added: “ A significantly larger number of parents have said that they will do their back to school shopping online in order to cut costs. Remember to check what you have left over from last year and also check with parents of older children who may have uniform items or books that they no longer need that may be usual to you. Make a list of everything you need, set a budget and stick to it. Most importantly avoid using moneylenders. If you are considering a loan, make sure to visit your local credit union to see what is available to you.” 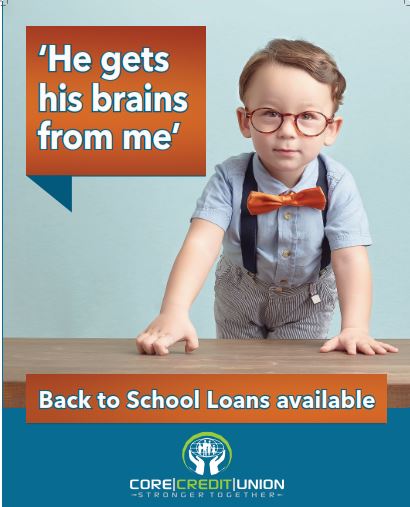 About the Research
The survey was conducted by Market Research Company iReach during the period June 2016 using iReach Consumer Decisions Research Panel which delivered 1,000 responses from adults in Ireland aged 18+ to 65+ and is nationally representative by Age, region, Gender and Social Class. This research has a confidence level of 95% and confidence interval of 4%.