Credit unions have earned the number one spot for the best customer experience in Ireland for the fifth consecutive year.

The news was announced at the official CX Awards ceremony on the 8th Oct. The achievement is a world first, with no other organisation across the globe claiming the top spot for five years running. 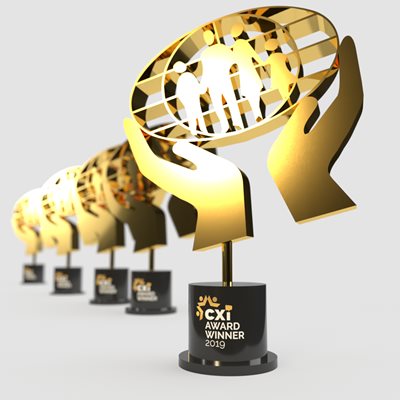 The annual survey, carried out by Amárach Research for CXi, asks 2,500 Irish consumers to rate their customer experiences of 160 brands across ten sectors. Credit unions again emerged as the overall winners, being rated highly for integrity, empathy and for the commitment of their staff. Not only did credit unions come first overall, but they were also rated first by consumers for value and loyalty.  You can read the full CX report here.

Credit unions were also the only financial services organisation to make it into the top 10. In contrast, the banks performed worse than in previous years, with AIB falling 51 places. Permanent TSB fell 43 places and KBC fell 30 places.

Commenting on the achievement by credit unions, Michael Killeen, Chairman of the CX Company, said: “We have to congratulate Irish credit unions for their consistently high performance and for completing the ‘Drive for Five’. It really is a fantastic achievement to remain the Irish leader in CX over a five-year period – and a world’s first. Many Irish companies, particularly those in the financial sector, could learn a lot from credit unions, especially their member or customer-centric approach.”

Also speaking about the accomplishment, ILCU Head of Communications, Paul Bailey said: “Our credit unions across the country have done themselves proud yet again with this record-breaking achievement. This prestigious award is testimony to the efforts, dedication and commitment of everyone involved in the credit union, from staff to volunteers, to putting people first. Credit unions in every community ensure they always put their members at the heart of everything they do. Credit unions genuinely care, and when you care about someone, that’s what they remember. This is ultimately why credit unions are for the fifth consecutive year being named as national CX Champions.”