The 9th May 2019 is the 50th Anniversary date of the official establishment of Dalkey Credit Union.

To mark this great occasion the 50th Birthday was celebrated with Members of the original Board – Grace Loughran, Noreen O’Brien and Michael Kennedy. Great reminiscences and stories were exchanged with a wonderful celebratory atmosphere including a magnificent Birthday Cake to mark the special occasion.
The Chair of Core Credit Union – Elizabeth Harpur welcomed everyone, followed by a special few words from Michael Kennedy who was the original driving force and founder of Dalkey Credit Union (Michael was also instrumental as the founder of DUBCO Credit Union).
As memorable conversations continued, the special Anniversary event was also attended by Pat Fay, a former staff member of The Irish League of Credit Unions and a great supporter of Dalkey Credit Union in the early days of its establishment and subsequently.
The occasion was particularly marked by remembering those who were instrumental in the formation of Dalkey Credit Union fifty years ago. Those present respectfully mentioned the names of those who have passed on and were so involved and committed to the origins of the organisation.
The future of the Credit Union continues to be essential to thousands of members and will continue to prosper with everyone’s support.

Pictured below are Michael Kennedy and Grace Loughran, Members of the original Board of Dalkey Credit Union. 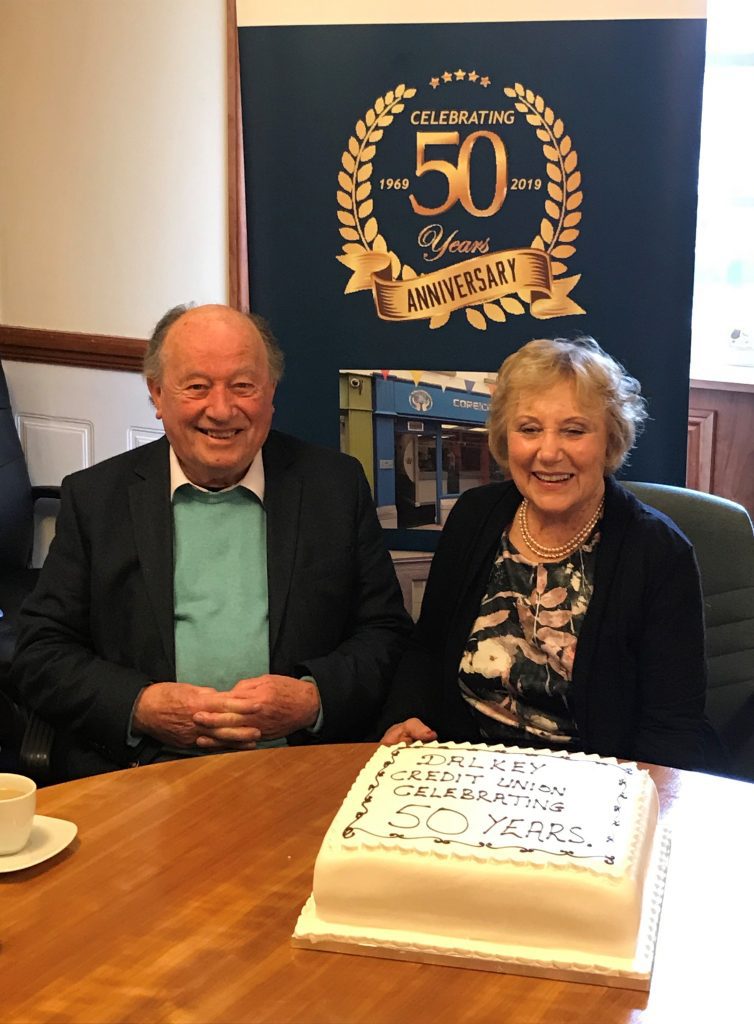 In the early 1960s a group of business people in Dalkey looked into the possibility of setting up a local Credit Union. The reason for this was that credit was scarce in those days, after the end of the Second World War and the bleak 1950s with very little employment opportunities. Any possible credit that was extended was through pawnbroker’s offices, provident companies and moneylenders, all of whom charged exorbitant rates. 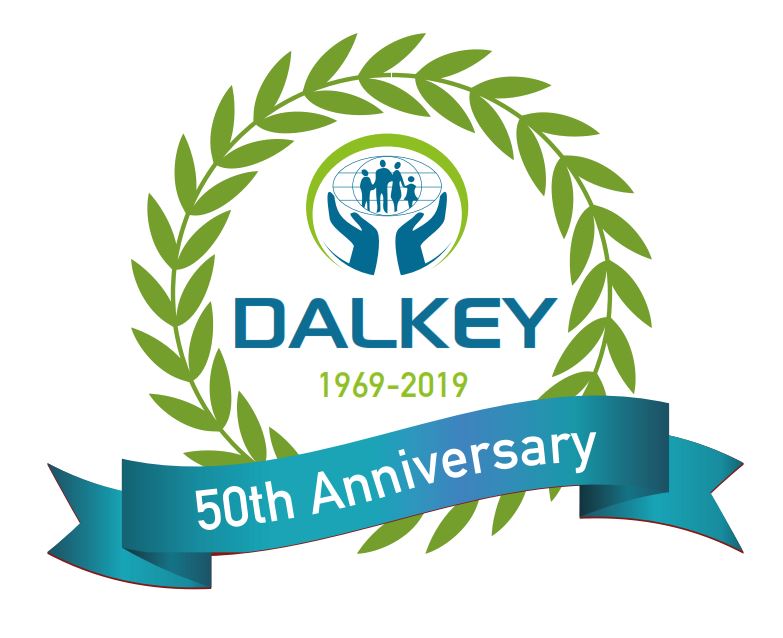 After some research it was learned that the origins of the Credit Union movement were in Germany in the 1940s as central Europe was ravaged by famine, hardship and poverty. The movement spread throughout Europe and then to the United States of America. In the late 1950s the first credit Unions were established in Ireland – being Dún Laoghaire and Donore (although which was the first has never been ascertained). Thus began the great socio-economic development of 20th century Ireland which thrives to the present day. There were many fine people who were actively engaged in the founding of the movement and particular mention must be made to Nora Herlihy, who lived in Tubbermore, Dalkey, for a number of years. The initial efforts to establish a Credit Union in Dalkey by a business group was unsuccessful despite their best efforts. However, in 1966 a group of residents determined to provide much needed credit of all sorts got the wheels in motion by starting The Dalkey Savings Group as a forerunner to an actual Credit Union itself. Local priest Fr. O’Brien was the first to put his hand in his pocket and started with his two shillings and six pence, or half a crown as it was then. Many local people were involved at this early stage and particular note should be given to Michael Kennedy, originally from Templemore, County Tipperary whose Trojan efforts led to him acting as first Honorary Secretary, communicator with authorities and convenor of the many meetings which ensued.
Credit Unions were overseen and established by the Registrar of Friendly Societies and could affiliate to the League of Credit Unions for support. The advice as much as rules were that a group of committed local people get together to form a Study Group as a Working Party to investigate the viability of forming a Credit Union locally to establish interest from local community, savings potential and facilities required. Concurrent with the Dalkey Savings Group many meetings were held in people’s private houses, local hotels then like the Coliemore and Shangri La, leading up to Our Lady’s Hall being made available to collect savings every Friday evening. As at Friday 14th March 1969 there were already one hundred and ten members with a savings of £750.
The Study Group familiarised itself with the Book of Rules, the Credit Union Act of 1966 and conscientiously garnered advice from Sallynoggin, Bray and Howth Credit Unions on operational matters. Eventually formal application was made to form a Credit Union and on 9th May 1969 official permission was granted by the Registrar, thus requiring a public meeting to be held to elect a Board and Supervisory Committee, this took place in Our Lady’s Hall on Monday 16th June 1969.
Mr. James Ivers, who was the Treasurer of the League, who lived locally and became active in Howth Credit Union sponsored (approved) the application. The first registered office of Dalkey Credit Union was 8 Dalkey Park (being the home of the first Honorary Secretary, Michael Kennedy).

The first Annual General Meeting of Dalkey Credit Union took place on 24th February 1970. The meeting was chaired by John Connolly and there were thirty members in attendance at Our Lady’s Hall. The Directors and Sub-Committee Reports had been previously circulated. There had been a growth in membership since the formation on 9th May 1969 and this number was about to exceed four hundred members. This growth would entail considerable extra work and so additional volunteers were urged to come forward. The Board were urgently seeking a premises for the Credit Union and in the meantime greatly thanked the priests of the Parish and Dom Bosco Boys Club for the facilities in the interim at Our Lady’s Hall. Since the statutory ‘Organisation Meeting’ on 16th June 1969 the Board had met on fourteen occasions.
The accounts showed an income of £122 from Loan Interest and £27 from Deposit Investment Interest and after expenditure there was a surplus of £17 for the period. Member’s shares stood at £3,415 and personal loans at £3,365 for the same period. There had been one hundred and twenty one loans issued totaling £4,710 with the average loan being £39. A member of the Credit Committee was on duty Friday night to assist members as required. The Report of the Supervising Committee by its Chairman, Michael Kennedy, expressed approval of the Board’s observance of the rules and accounts were signed off by Oliver Freaney & Co. Auditors. The Chairman informed the meeting that arrangements would be made for a deduction from each member’s shares for the affiliation fee due to the Credit Union League of Ireland.
In conclusion, several members thanked the Board and Sub-Committee for their voluntary commitment and hard work in the interest of all the members.

Dalkey Credit Union is now part of Core Credit Union with offices in Shankill, Ballybrack, Sallynoggin, Foxrock, Dún Laoghaire, Carrickbrennan and Dalkey where one can transact business in any one of them. 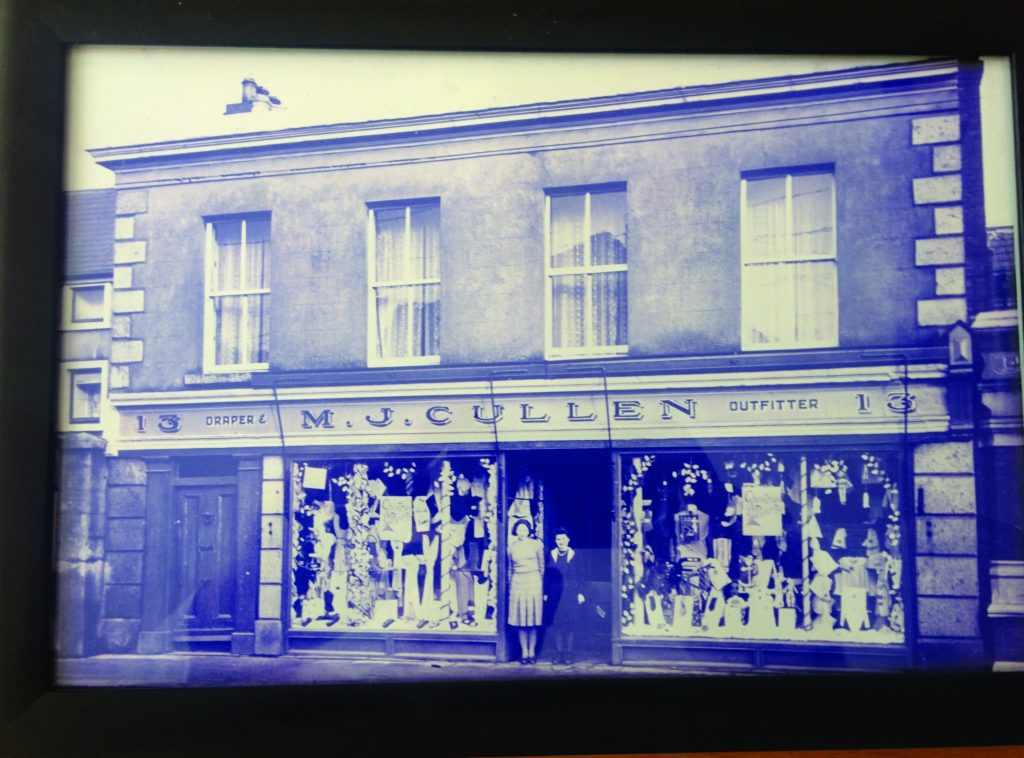