Congratulations to Elaine Kinsella winner of the 11th Members Car Draw, which was held at Dalkey’s Vintage Festival, 7th August 2017. 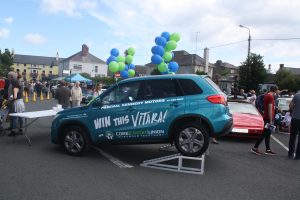