Pictured below is Mary receiving the keys to her new car from Elizabeth Harpur, Chairperson, Core Credit Union.  To join the Members Car Draw simply download an application form Core Credit Union Car Draw Entry Form or pick one up in any of our 7 offices. 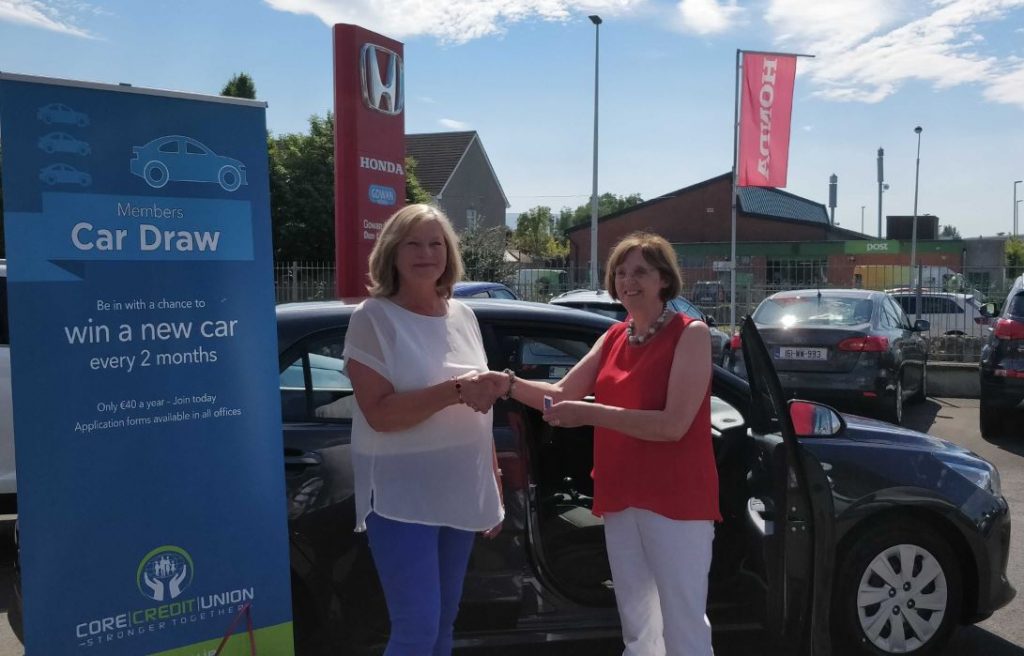