The next Core Credit Union Members Car Draw will be held on Thursday 20th Oct 2016 in our Foxrock office at 1PM. 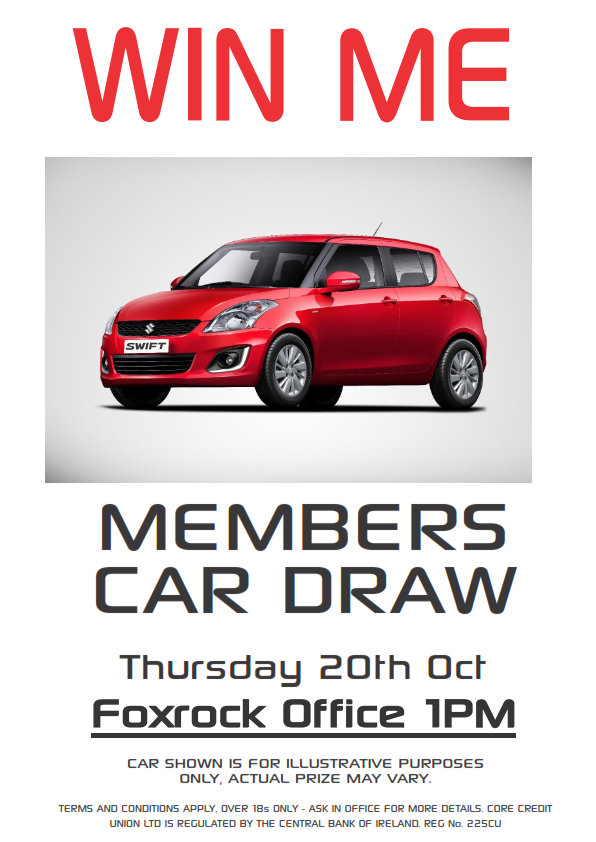 The Core Credit Union Members Car Draw was launched at the Credit Unions AGM in December 2014.The draw costs €40 annually, for 4 draws, one every quarter.

In December 2015 due to the success of the draw an additional 3 x €1,000 prizes were added to the Christmas draw that year.

The draw will be an ongoing project, subject to sufficient Members subscribing to fund the purchase cost of the car. The draw is self-financing and non-profit making. Should there be a surplus it will be disposed of by way of extra draws or competitions to car draw Members.

Winner’s name will be made public, with the winner or their representative required to attend a photo shoot – to be used for publicity purposed and on social media, print media, in-store advertising and our website.