Congratulations to Patrick & Val Robinson from Shankill on winning the 12th Members Car Draw on International Credit Day at our Sallynoggin Office. 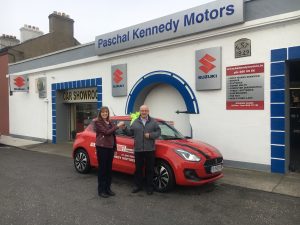