This is Michael’s second year volunteering for the ILCU Foundation having participated in the Coaching Programme last year, and this year saw Michael and the volunteers build on some of the challenges they identified in the movement last year to support them to move forward.  The two weeks spent in The Gambia allowed Michael to help his peers to strengthen their credit unions and the wider movement in The Gambia.  The Coaching Programme is an opportunity for credit union personnel give back to the credit union movement, and replicate the support the Irish credit union movement received from other countries back in the 1950s and 1960s.

Michael and his fellow volunteers spent the first three days in NACCUG’s office, in Serekunda, where they were welcomed by the Senior Management team.  The focus of the work in NACCUG was for Michael and his fellow volunteers to provide support to the Compliance Officers, whose role is to monitor the credit unions throughout The Gambia.  This included learning about their challenges implementing compliance and investigating where best they could assist them with plans and controls for their credit union visits. A two day training was put in place and this involved Michael and the volunteers providing training on key areas of credit union operations.

At the end of the visits Michael and his fellow coaches planned and facilitated a one day workshop for participants based on the key issues they identified throughout the two weeks.  The workshop was a full day of learning and Michael also facilitated an evening session on excel training which all the participants stayed on for, such is the appetite for learning among the participants.  Speaking about the programme, Mohammed Kandeh, a NACCUG Compliance Officer, said “we’ve learned a lot from the coaches on all areas in credit union compliance…….we appreciate every bit and piece of the programme.”  The programme concluded with a debrief with the NACCUG management team which will inform next year’s programme.  Foday Sanyang, General Manager NACCUG, expressed his thanks to Michael, the coaches and the Irish credit union movement, he thanked “the coaches for giving their time to help the credit unions in The Gambia and for all the knowledge they have provided to the credit unions that they met”.

Speaking about his experience Michael said: “It was great to share our knowledge and expertise with the Compliance Officers of the Gambian Credit Union Movement. Protection of members savings is our most important attribute, the movement in the Gambia is at a stage now where it could see significant growth and sharing the knowledge we have learned over our 60 years will help ensure that the Gambian Credit Union movement becomes the most trusted provider in the Gambia, as Irish Credit Unions are in Ireland

Alan Moore, CEO ILCU Foundation said: “It is great to have someone of Michael’s caliber on the Coaching Programme for the past two years and we appreciate him giving up his time to support our partners, who have learnt a great deal from him. Michael is a fantastic ambassador for the ILCU Foundation and indeed the wider Irish Credit Union movement. I would like to take this opportunity to thank Core Credit Union for supporting Michael to participate in the Coaching Programme and for their continued support to the ILCU Foundation’s work.” 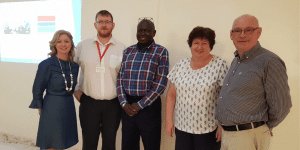 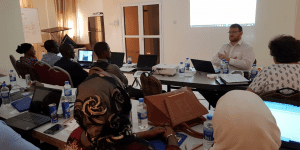 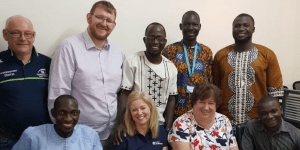 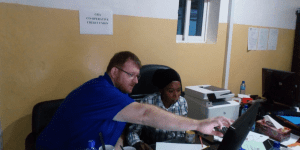 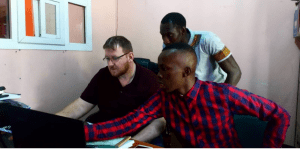 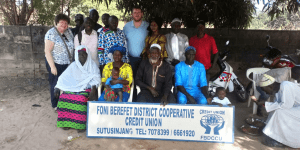