The next Core Credit Union Members Car Draw will be held at our Ballybrack Office on Friday 22nd June at 2.30pm    All Welcome.

Last day for entry is Tuesday 19th June.   To join the Members Car Draw simply download an application form Core Credit Union Car Draw Entry Form or pick one up in any of our 7 offices. 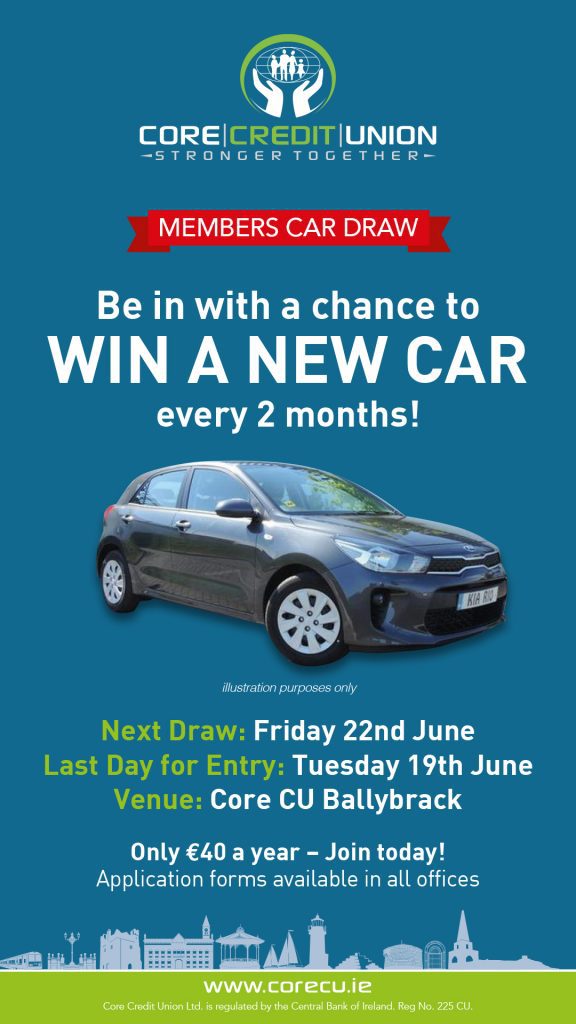