The next Core Credit Union Members Car Draw will be held at Our Lady’s Hall, Dalkey on Saturday 28th April at 1pm.  All Welcome.

Last day for entry is Thursday 26th April.  To join the Members Car Draw simply download an application form Core Credit Union Car Draw Entry Form or pick one up in any of our 7 offices. 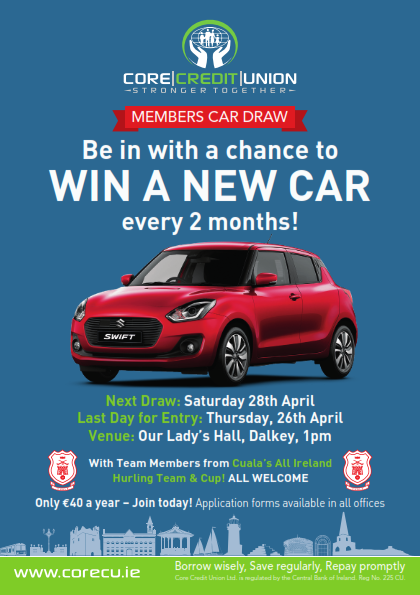