Pictured below is Louise, Finian and their baby twins receiving the keys to their new car from Michael Byrne, CEO. 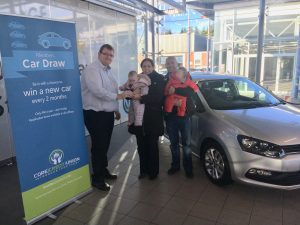